“Oztronomy”- A Solo Exhibition by Ed Hurst, Opening Thursday 11 May 2017

Please join us to celebrate the launch of a solo exhibition by Ed Hurst during Head On Festival. 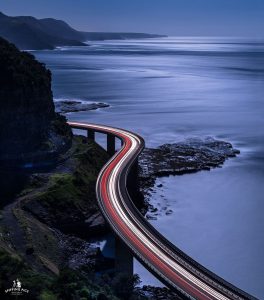 Underpinning this work is the way that our cities, civilisations, ideas – indeed our very existence – seem so important to us, so huge, so enduring, yet are revealed to be tiny and transient when viewed against the infinite cosmos. The pictures depict Earthly scenes, some of them urban, others much wilder, being towered over by the stars. They seem to rush past as our planet spins, yet they look serenely on. Centuries ago, the same stars gazed down. In eons to come, they will be there still. When Earth itself has died, still they will be there – looking blankly and beautifully. In these uncertain times, it is perhaps useful to get some perspective and realise how tiny we are… 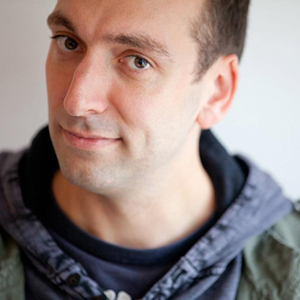 Ed has been a professional photographer for over 20 years and has never been more devoted to creating great images. At the core of his approach are three abiding passions: revelling in the beauty of the world, finding a distinctive ‘voice’ and exploring the connection we all have with our natural environment.

Ed grew up in Britain (inasmuch as he has grown up at all), developing an affinity from a very young age with wild landscapes – the Scottish Highlands, Lake District, Yorkshire Dales, Dartmoor, Snowdonia, Dartmoor and East Anglia – all places where natural splendour abound and where it’s easy to feel how tiny we are in the face of nature. British conditions, though, rarely allowed him to develop his interest in astrophotography – clouds and stars don’t mix well!

From the age of 18, he committed himself to improving his skills and publishing pictures in magazines. When he moved to Sydney, Ed was surrounded by one of the world’s most beautiful cities and an aesthetic that was wholly new to him. Suddenly, inspiration and opportunity were all around in an almost overwhelmingly new way.

His new home provided something that enables him to offer a distinctive perspective on a well-known place – it is familiar, but constantly new to a chap who grew up on the other side of the world.

Ed learned his craft with very basic equipment that depended on the essential skills of photography. In that era, he learned darkroom skills that continue to serve him well in understanding light, tones and the beauty of a fine print. He always shoots manually, making every decision for himself. After all those years or practice, technical decisions happen almost without thinking – leaving him free to concentrate on the creative results he is aiming for, safe in the knowledge that the basics are rock solid.

In 2005, he bought his first digital camera, which taught him both what this new technology could do and what it should not do. Digital wizardry is there to help us realise our vision, but should never become an end in itself, a gimmick, a lazy habit or be used to create clichés. Even now, his use of Photoshop is limited to helping the camera to produce the natural image he creatively envisages.

Astrophotography is a crucial element of Ed’s work. It was Australia’s amazingly clear night sky that truly ignited this passion in him – both in the deep darkness of the outback and the surprisingly interesting skies over our cities. Creating such pictures over the light pollution of Sydney requires hard work and technical precision. His star trail pictures involve techniques that he has created himself – producing results that even respected astronomers believed to be impossible in an urban environment.

Ed is also a passionate advocate for the environment – especially important, as it allows him to do the job he loves. His work constantly expresses the strong yet fragile beauty of the world, and how our ability to survive depends on our ability to co-exist with nature.

We hope you can make it!