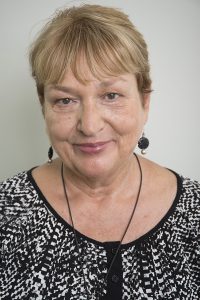 Helen Dubrovich, born in Germany of Russian parents, migrated to Australia when she was three. When quite young Helen started to travel overseas and this influenced her work which is quite eclectic. Helen has chosen to work in a variety of mediums with various subject matter, rather than sticking to one genre as she felt staying with one type of subject and one medium would lead to boredom not only to herself but to her viewers.

Helen’s artworks cover not only a number of mediums such as watercolour, acrylic, pastel and pencil but her artwork encompasses a number of styles but even then her artwork and style are recognisable through her joyous use of colour, exuberance, texture and detail.

Her feeling for illustrating her works often comes across as a story in it’s own right. Her paintings have a magical quality and the viewer often feels like they can step into her paintings and share her special magic.

MY WATERCOLOUR WORLD – TALES FROM MY TRAVELS

Travel and painting. Both things that I love to do. The travel bit came about when I was around twelve years of age and I was taking private lessons in painting with my first art teacher, a Russian artist that my father knew.

My teacher told me stories about when he had travelled to so many lands, seen so many cultures and so many people. My teacher was the one who put the idea into my head that I needed to travel and see the world and see how other people lived.

When I married in my early twenties I flew to Europe with my husband and travelled for three months from London to the Scandinavian countries, throughout Europe and down to Turkey. Later we flew to Japan and fell in love with that country returning again and again.

Later, when I was on my own I travelled to Russia, Indonesia, Vietnam, Korea, Cambodia and the list goes on. I had the travel bug. I planned trips when I was still working and that was what got me through the days. The planning was part of the joy. I took a massive amount of photos which I used as references for my paintings later on. Often using a number of photos and making a composite to suit the painting I wanted to create.

When I was asked to do another solo show I had no idea what to paint. But when I thought about it I realised I wanted to share my travels over the years but through my paintings and as they say a picture is worth a thousand words. So appropriately I’ve called this solo show “My Watercolour World”. Enjoy the show.